Our Caribbean project now runs for two weeks and more than 70% of the maps is georeferenced already! We go like a rocket!

However, a number of map sheets in this project consist of a general map and one or more inset maps. Other sheets are patchworks of a number of smaller maps. All these separate maps are individually recorded. We want to ask you to carefully read the description of the map before you start to georeference, to make sure that you are georeferencing the right part of the image. 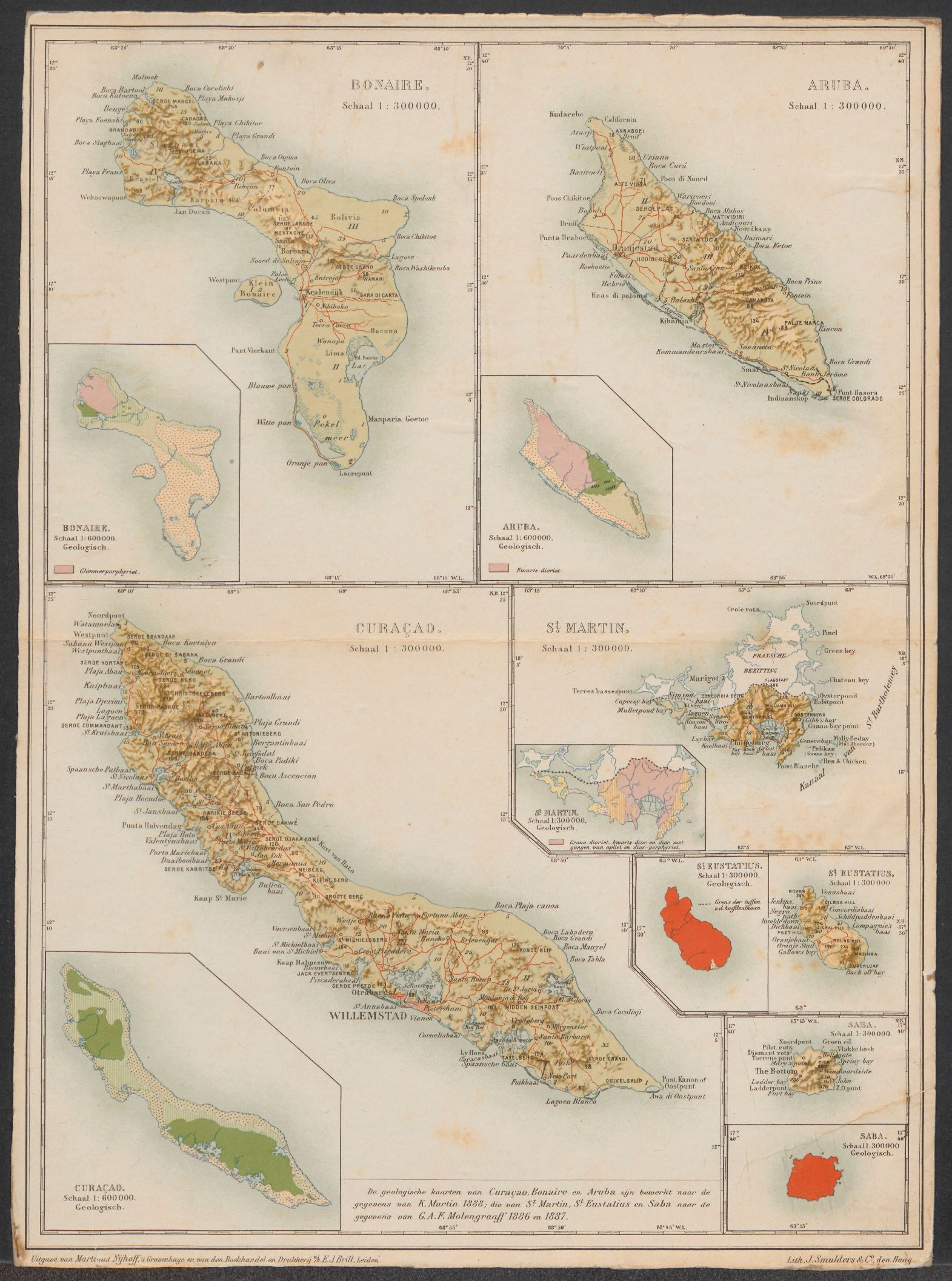 As an example, here we show a sheet with twelve maps: six general topographic maps of the islands of the former Netherlands Antilles and six insets which are geological maps of the same islands. The map was published in 1917 in the Encyclopedie van Nederlands West-Indië, compiled by Benjamins and Snelleman and co-published by Martinus Nijhoff in The Hague and E.J. Brill in Leiden.

This sheet is part of the Collection Coomans-Eustatia. Henny Coomans (1929-2010) worked as a biologist in Curaçao, Amsterdam and New York. After his first wife’s death, he remarried Maritza Eustatia (1940-2002). She was librarian of the University of the Netherlands Antilles in Willemstad. They set up the Stichting Libri Antilliani, a foundation that stimulated the publication of works on the Netherlands Antilles. They were co-authors of St. Martin in maps & prints, one of the foundation’s publications.