Last Thursday a large crowd gathered at the University Library to attend our public event celebrating the completion of the georeferencing process. It was with great pleasure that we handed out prizes to our most active volunteers and got to thank them personally for all their hard work! 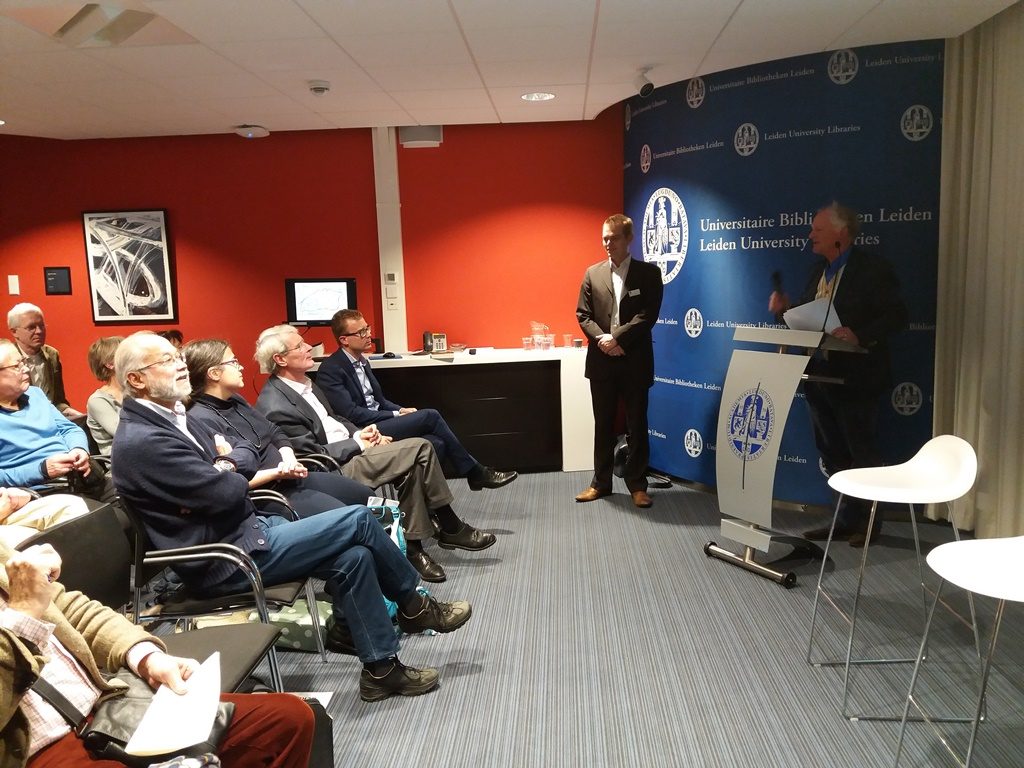 The meeting kicked off with a general overview of the project by project leaders Martijn Storms and Patrick Gouw. After the key-note lecture by dr. Frank Okker (who spoke about ‘super-volunteer’ Gerret Rouffaer, Indonesia explorer and ‘founder’ of the KITLV map collection) there was a lively panel discussion, in which our overall winner Carl Mierop and Heleen Hayes told us more about their experiences with using the Georeferencer. Questions were asked from the audience and a lot of feedback was received that will be taken into account for the next project phases. 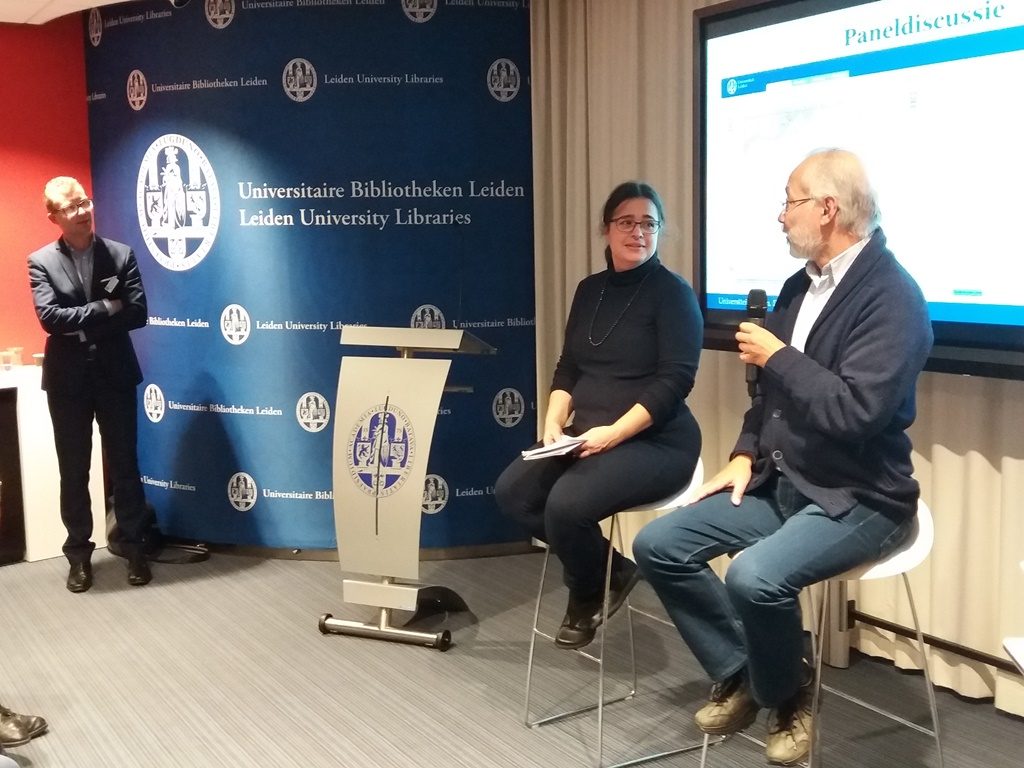 During the award ceremony it was great to see many of our top contributors, the driving forces behind the project, together on stage. Carl Mierop was rewarded with a special gift: the monumental and rare full-colour Atlas of the Netherlands East Indies (valued at € 450,-), whilst the runners-up received a reproduction of a KITLV-map of their choice. 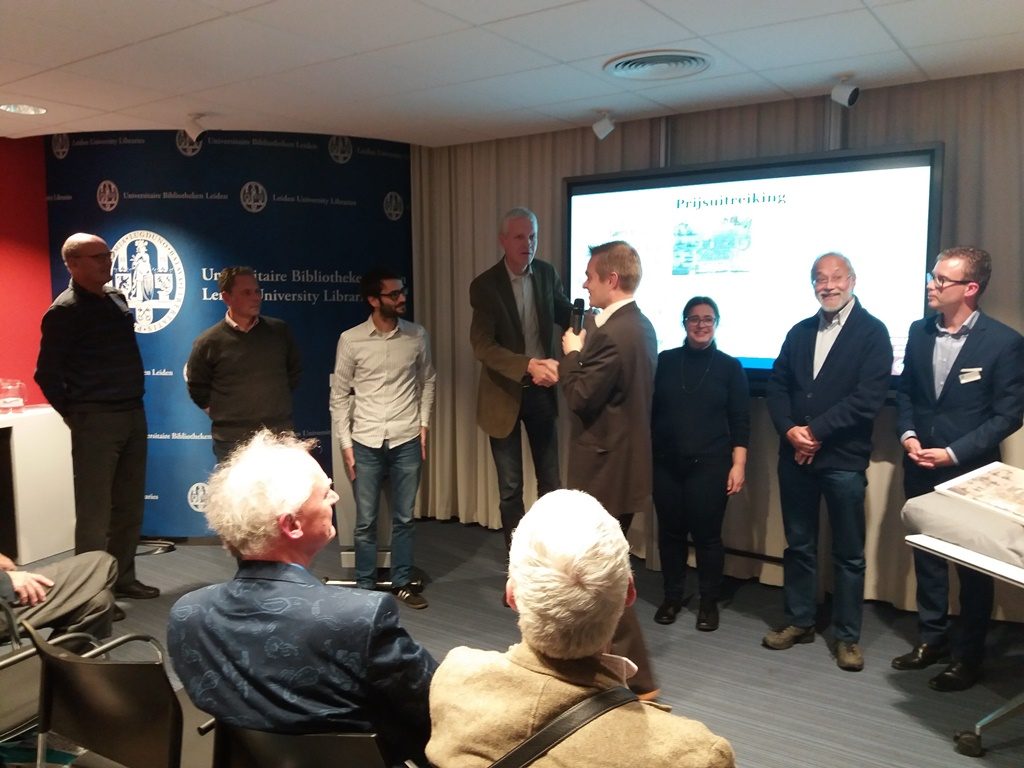 Reward ceremony for our top contributors 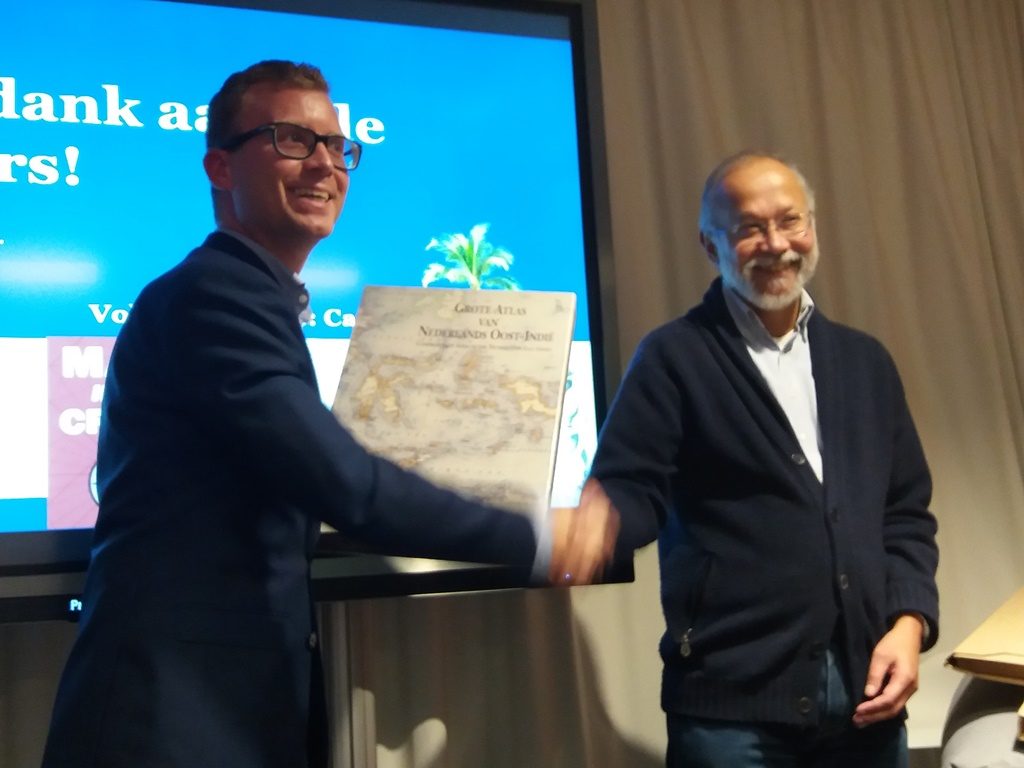 Before a round of drinks and bites concluded the afternoon curator Martijn Storms showed the attendees several of the original maps that were included in our project. 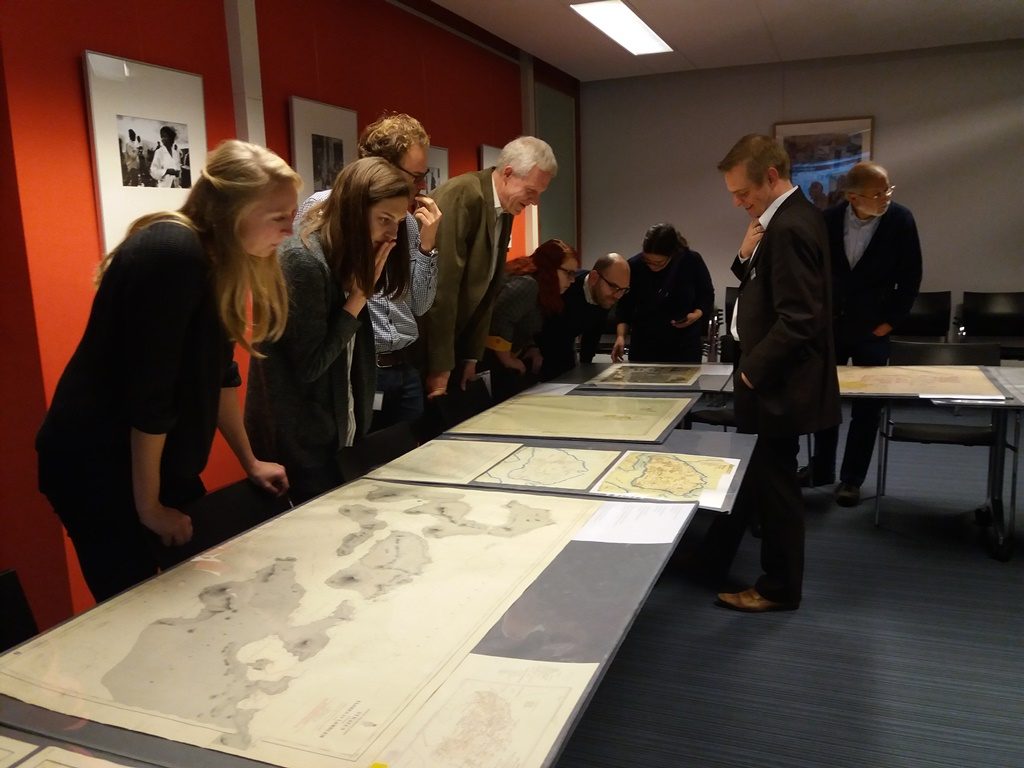 On behalf of the entire Maps in the Crowd team we’d like to thank everyone for showing interest in our project. It was a great afternoon! We’ll be back with new maps, so please keep following us!

1 gedachte op “A big thanks to our volunteers!”