Sometimes when you are georeferencing, you have to take executive decisions. Last week one of our volunteers stumbled upon this map of ‘Poelau Kisser’, according to the catalog record an island in the Maluku Tenggara area. Soon the small island of Kisar was found. It is located just northeast of Timor. 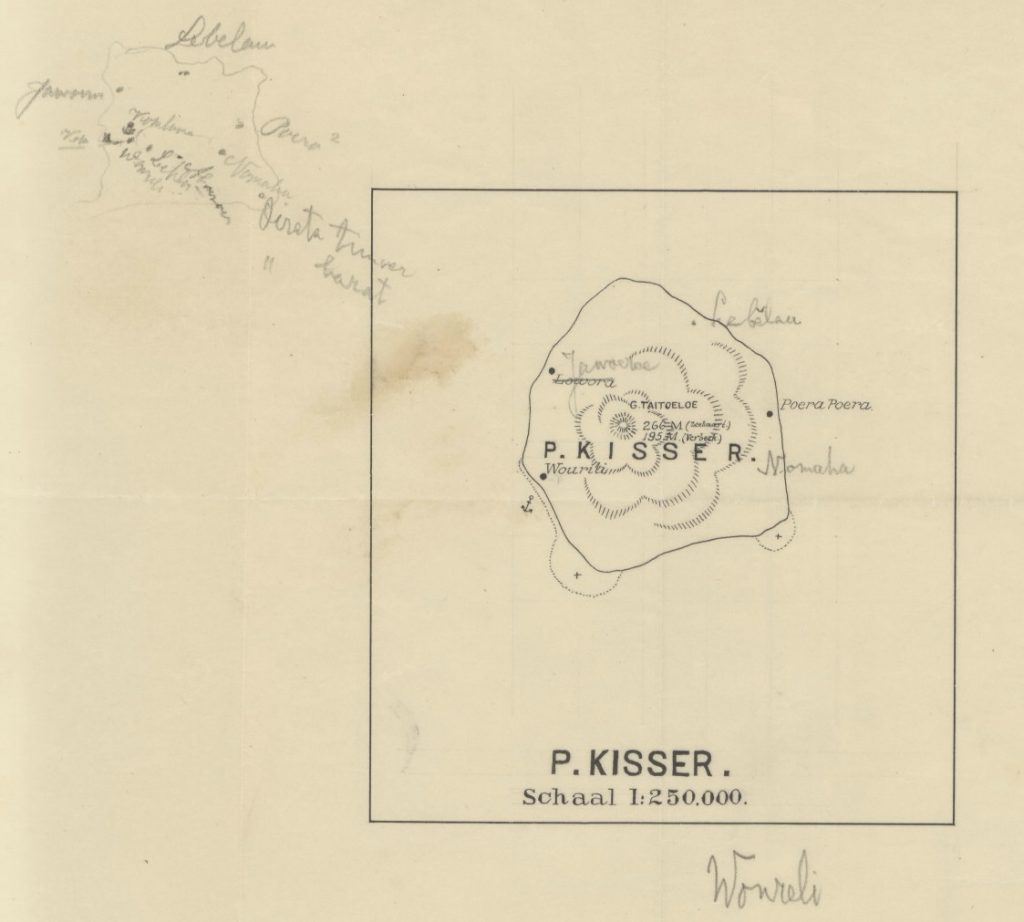 One wonders when the penciled map was drawn. It seems the user started by correcting the printed map, but soon found out the map was so far from reality, it was better to sketch a new map on a blank part of the page. The pencil corrections are probably made by Gerret Pieter Rouffaer, map librarian at KITLV and considered the last explorer of Indonesia (in his recently published biography). In 1910 he traveled to Timor from where he explored the surrounding islands.

This blog is written by Heleen Hayes, on of our enthusiastic georeferencing volunteers.