It’s always nice to see a direct result from your work in the form of a reward or a goal you reached. With our Maps in the Crowd project we can see the result bar progressing to our end goal with each map you, the reader, georeferenced. At the moment we are close to having half of our maps done, thanks to you. Not all things in life show a direct consequence, but studying the past can give us a view how some plans can show their influence ten, twenty and maybe even a hundred years later. 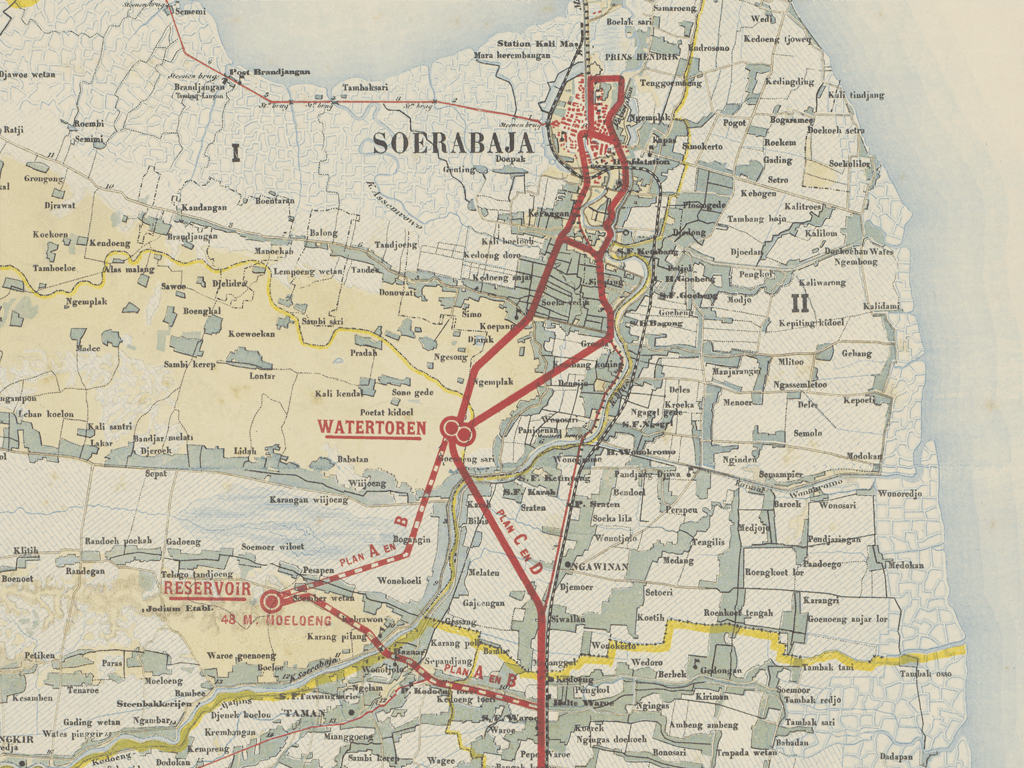 Our story begins with a map of Surabaya from 1898. The map, made as an attachment for a research about the water supply of the city, is marked with a few red stripes. It was made for a Dutch engineer and architect named Hidde Petrus Nicolaas Halbertsma. While Halbertsma’s report is not easily available, the map clearly shows his plan. To get more clean water to the growing city, water sources from the nearby mountains needed to be used. 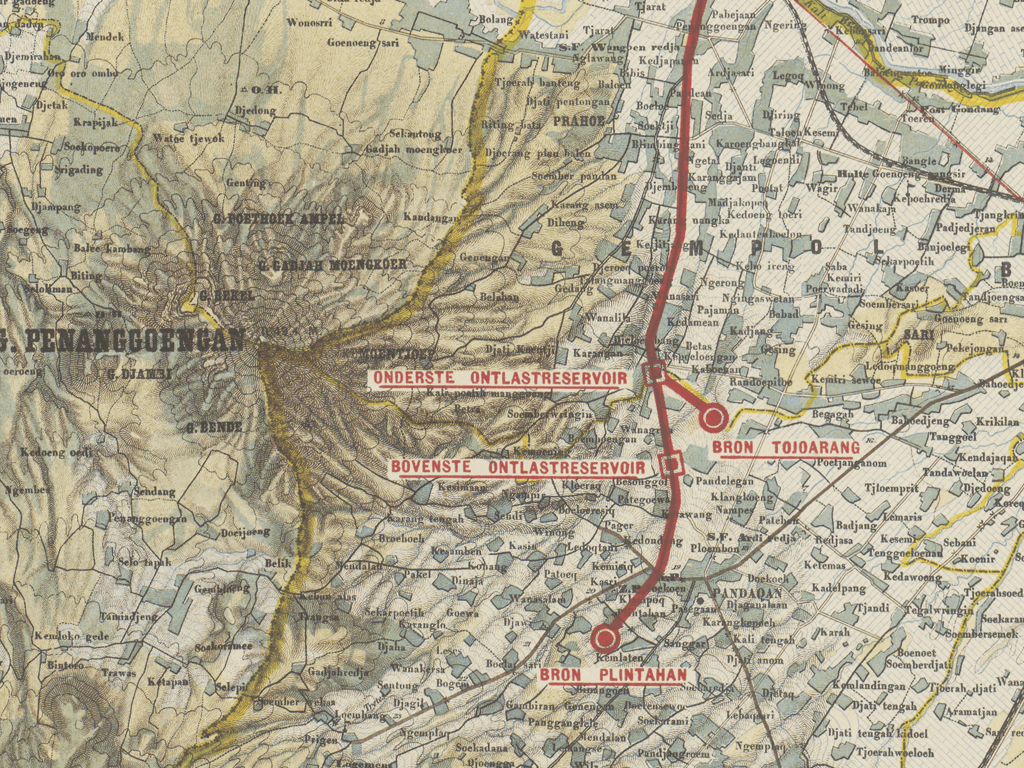 In a report from 1917 about the status of the water supply, Halbertsma’s work is mentioned again. The plans he worked on, almost twenty years before, serve as a base for the current urban planners. The report from 1917 states that the city is in dire need of more clean water and carefully explains the cost and processes needed to accomplish this. Haste was needed according to the writers, before 1920 the supply needed to rise with nearly 50% and even more water was needed before 1930.  Aside from a lot of interesting stories about urban planning and water supplies, the main question that rises is: Did they eventually build those reservoirs that our Dutch architect planned? The KITLV collection gives us the option to view the city over the years. 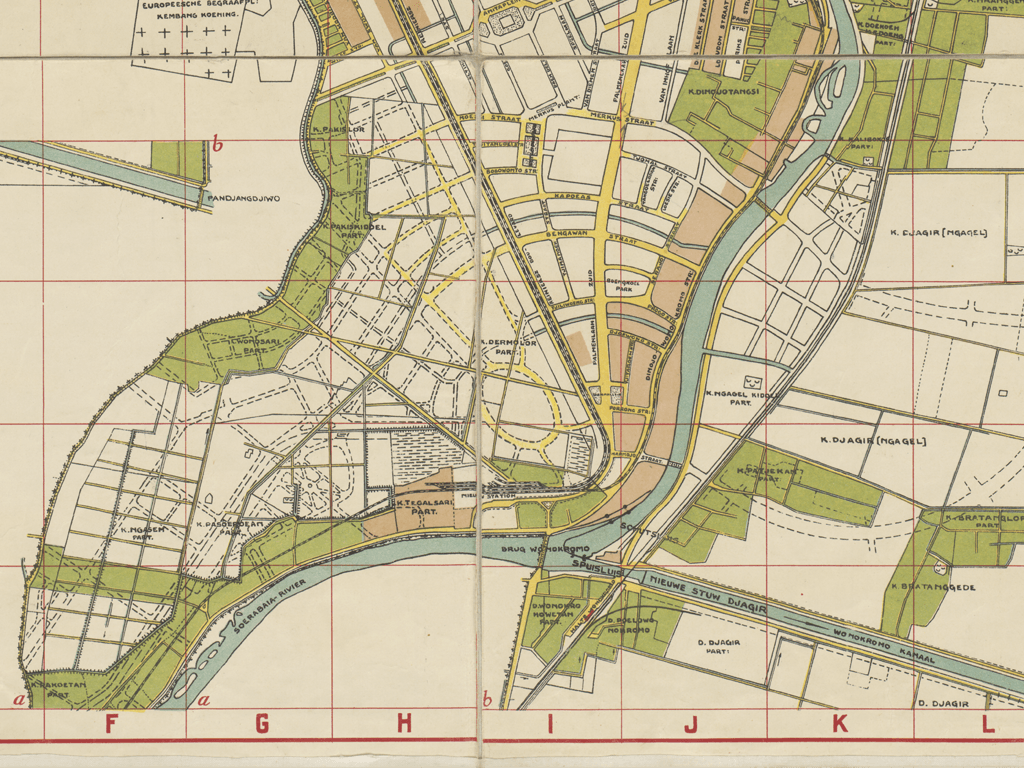 The map above from 1925 does not show any waterworks yet at the spots planned by Halbertsma. Maybe the building did not go as planned, or there wasn’t enough funding, we don’t know. The map from 1943 however… 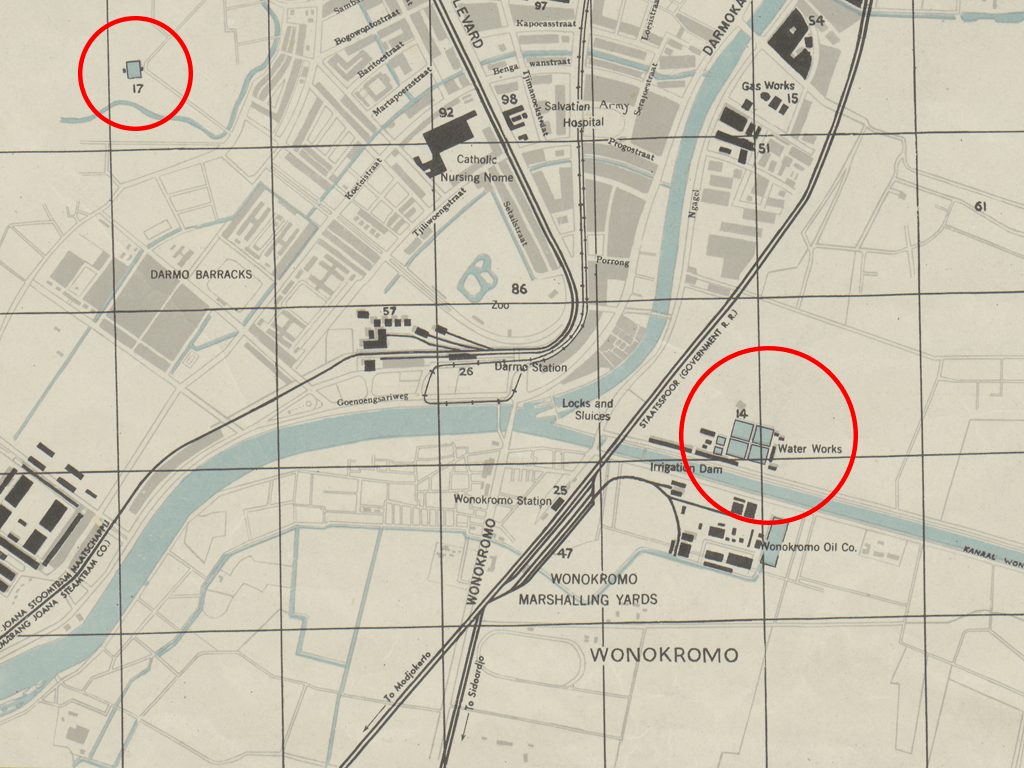 This map clearly shows the water supplies of the city. The reservoir or tower with the number 17 beneath it is almost on the same spot where our Dutch architect planned it. The reservoir is build closer to the city then Halbertsma planned, but it is there. Even today the Surabaya water works, build somewhere between 1925 and 1943, are still there: View the water works on Google Maps

If you are interested you can view the maps yourself in the links below. For more colonial city planning or architecture you can go to https://colonialarchitecture.eu/