After the time of the Napoleonic Wars, the kingdom of the Netherlands was slowly given back her colonies in the east, most of which had been under a short British rule. The kingdom traded a few of her other colonies to the British for this deal. One of the more important treaties around this transaction is called the Anglo-Dutch Treaty of 1824.A remnant of this time is in our collection: a sketch map of the West coast of Sumatra, made around the end of the Java War (1825-1830), a few years after the treaty was signed. Spread around the map you can see notes (in Dutch) about tribes, local leaders and parts that used to belong to the English. 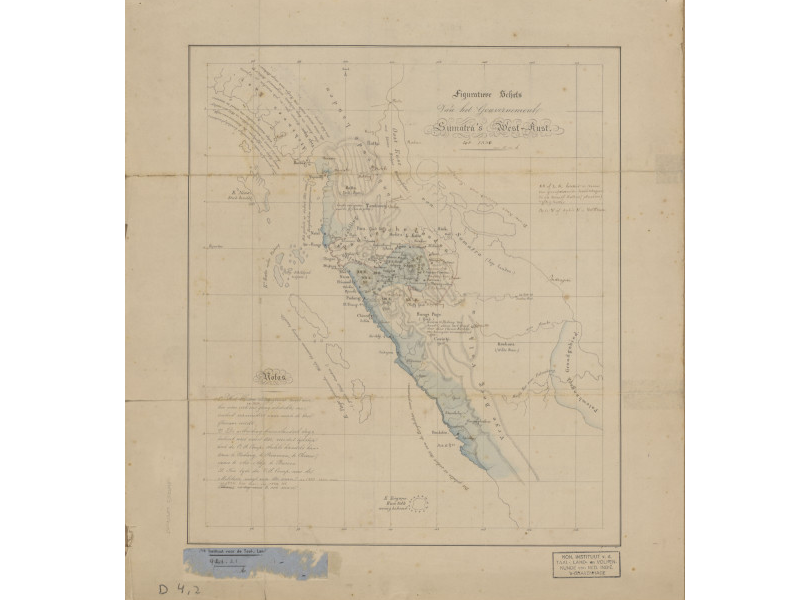 On this map you can see blue colored areas on the coastline. In the text on the map it says that the author considered these parts under authority of the Dutch around 1830. 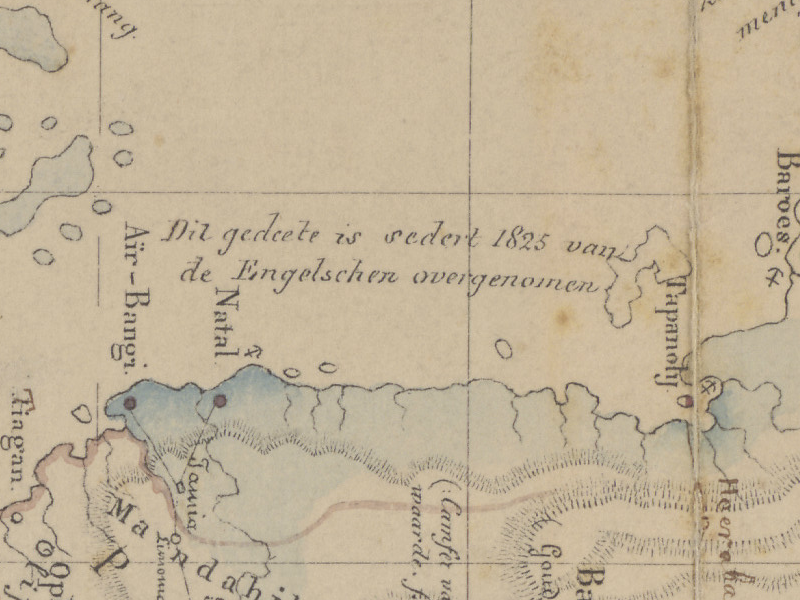 This note says that these lands were part of the treaty of 1824. Literally it says: “This part was gained from the English since 1825.”

The map is really an all-rounder in it’s focus. The author added notes about different local leaders, tribes, and resources. Some tribes were considered rather dangerous and were described as ‘rough’ or ‘wild’. 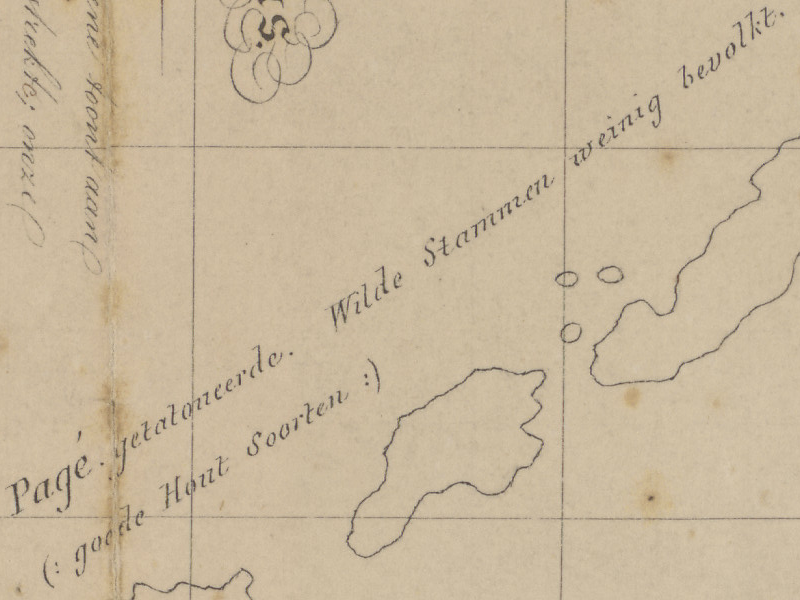 A small, but rough tribe. 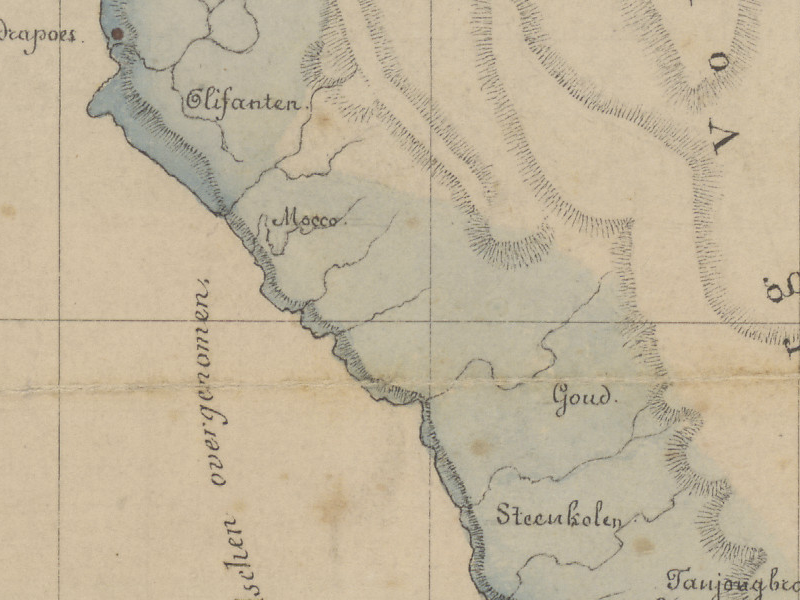 Different resources can be found on the coast of Sumatra: coal, gold and even elephants.

The deal with the British did not mean that they immediately ruled the islands of modern Indonesia. In short, a lot of unrest brewed under the people of the Dutch Indies which led to revolts all across the land. These unrest’s caused the Java War. After this war, the Dutch government tried to focus its actions mainly on Java and Sumatra, leaving the insurrections on the other islands be. The government only dealt with the local leaders on these parts of the land. On the West coast of Sumatra was the sultanate of Aceh. This is one of the area’s the Dutch found very difficult to deal with. Around these parts there was a lot of privateering and the people of Aceh were not very fond to join the Dutch colonization. Our next post in this blog will be about the unrest that followed a few decades after the treaty, the Aceh war. 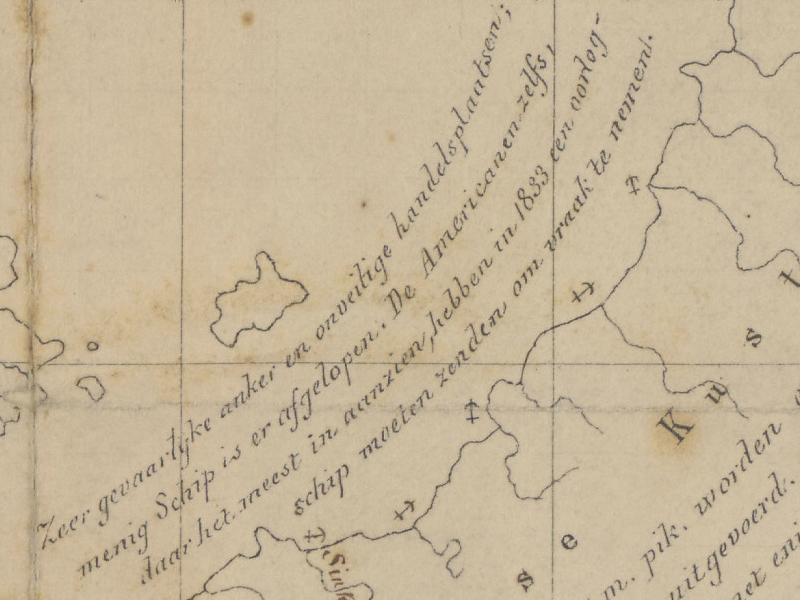 The Dutch note says that the coast of Aceh is a dangerous one.