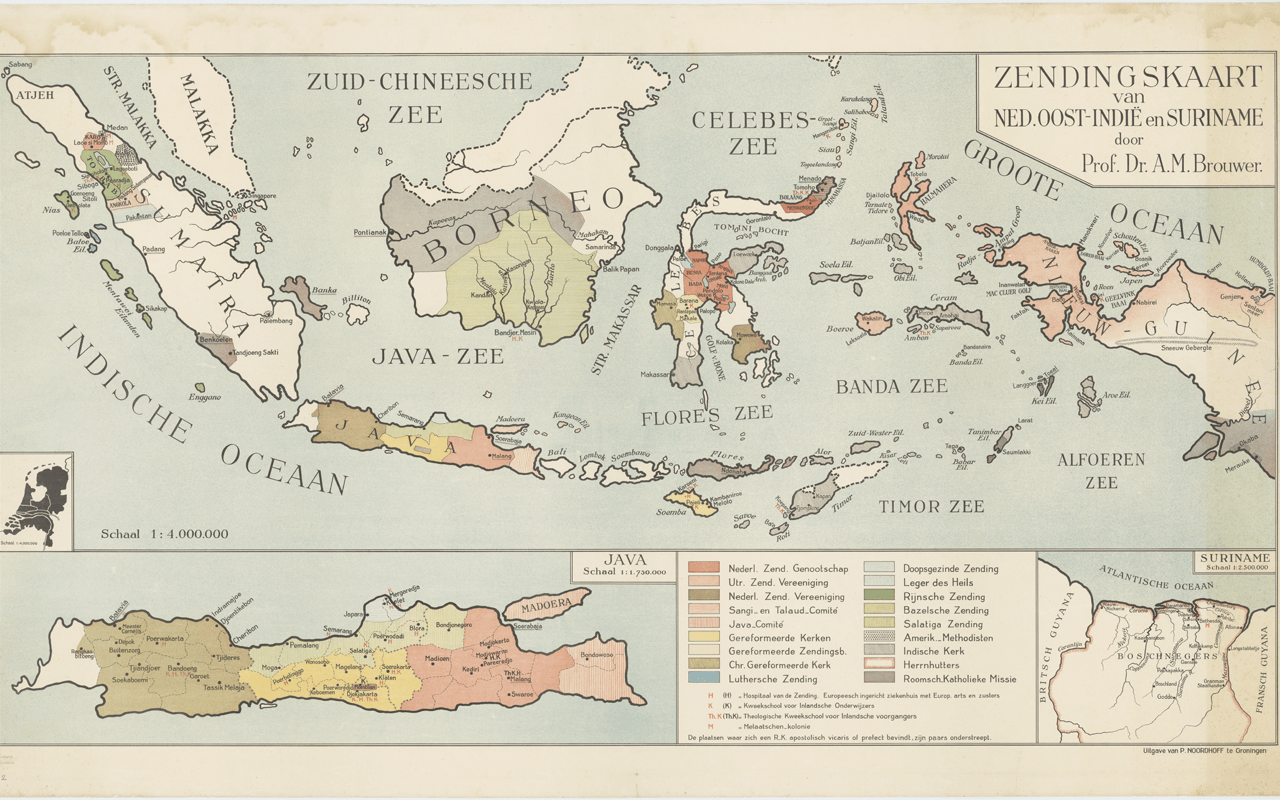 Today we want to put another map from our collection in the spotlights. This school map from the 1920’s shows the different churches spreading the christian evangelism throughout the Dutch East Indies. Many churches spent time and resources on teaching and preaching in the colonies. Nowadays churches would probably think twice before marking a territory their own, but in the early twentieth century young missionaries in training were probably very content with this map. It clearly shows which group preached in each area and also lets you see the still unmarked territories, maybe offering prospect for the missionaries in the making.

Aside from the interesting map, the author is also worth mentioning. Not a cartologist, but a theologian was responsible for this overview. Born on the island of Sulawesi in 1875, A.M. Brouwer probably seen some parts of this map during his life. At a young age he moved to the Netherlands and later on became a minister and a professor in Theology at the University of Utrecht. Besides teaching young missionaries at the university, he also worked on a new Bible translation which was finished after his death in 1948. With this new translation came a few maps from Brouwer, about the travels of Paul the Apostle and the old kingdoms of Israel and Judea.

If you want a closer look at the map you can also go to the KITLV viewer.